Mr. Fattraxx informed me that certain streets in the City of New Orleans are named after Muses.  But just what are Muses?

The Muses  in Greek mythology, poetry, and literature are the goddesses or spirits who inspire the creation of literature and the arts. They were considered the source of the knowledge, related orally for centuries in the ancient culture, that was contained in poetic lyrics and myths.

• (in Greek and Roman mythology) each of nine goddesses, the daughters of Zeus and Mnemosyne, who preside over the arts and sciences.

• ( muse) a woman, or a force personified as a woman, who is the source of inspiration for a creative artist.

The Muses are generally listed as:

Polyhymnia (hymns, and later mime), and 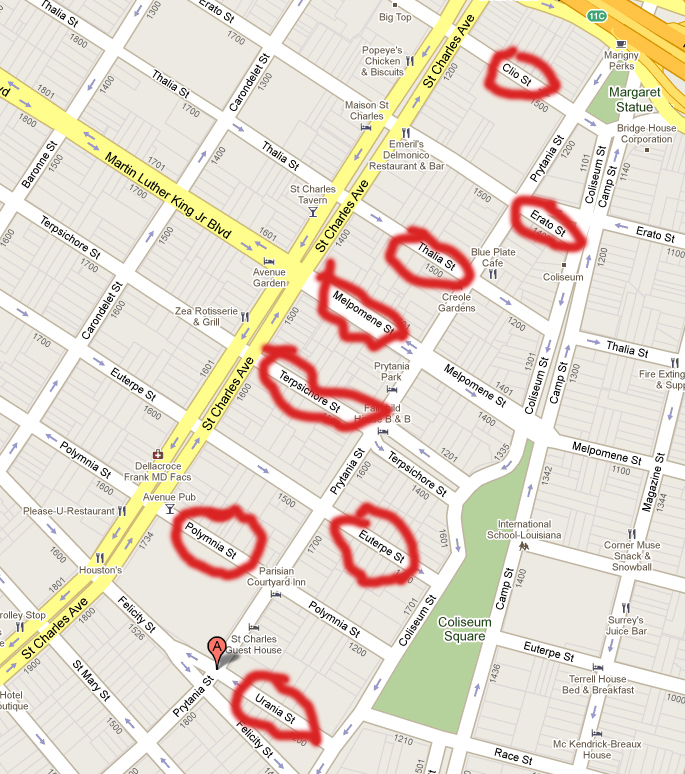